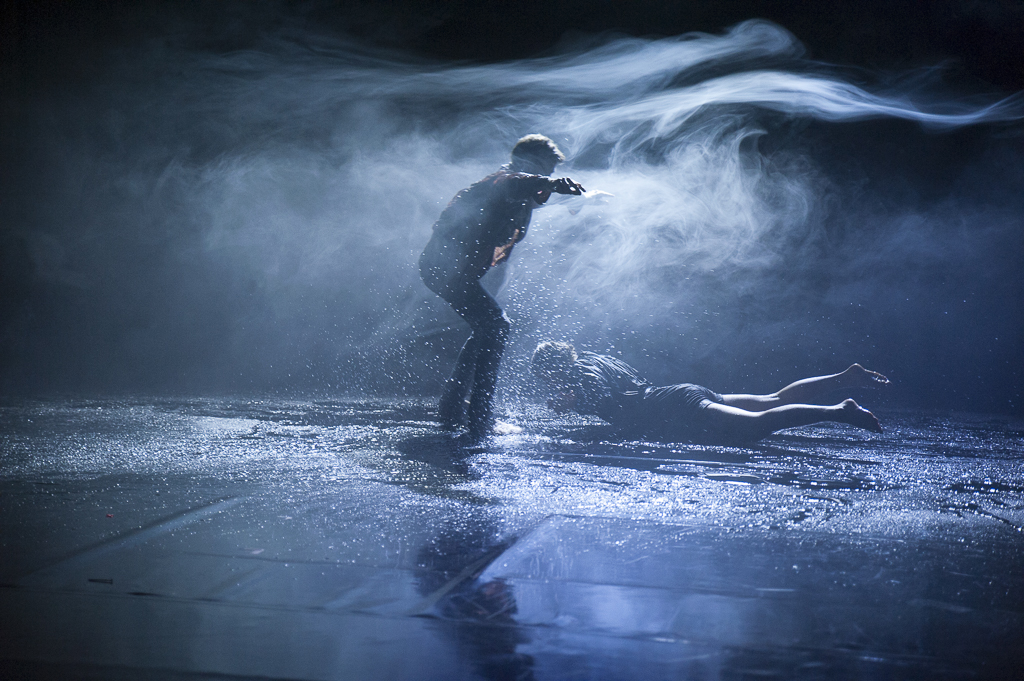 At the center of the play there is a struggle of a local artistic community divided by ideology and tradition, commercial threat and vicious competition. A question of artistic freedom and limitations, self-censorship and hypocrisy is exposed in local Icelandic culture. My work always includes a long and intimate ensemble-building process. In this case, because Iceland is such a micro-community– it was a deep connection with people who already are close. It was already a family. Like any family, we tend to say what we think more often and not to be so guarded as we are with strangers. This particular play is extremely personal for actors. You have almost no room to hide behind the character…

“In Reykjavík City Theatre‘s production of The Seagull you find references to the complex bittersweet understanding of European theater of its favorite playwright, such as when all the attention is diverted to Jóhann Sigurðarson in the role of the pensioner Pétur, his loneliness, his sorrow at having never been able to let his dreams come true.

In spirit of Chekhov,  almost a brand new amazing play appears, devised by ensemble, Ross and Eiríkur Örn Norðdahl. It doesn‘t take place in Russia on the brink of a revolution, but in a summer house villa in Iceland in which meaningless party is still going strong, men barbeque in the evening, get drunk, throw a karaoke party at weddings and play silly games at all times; some are famous and part of the clique, others are miserable teachers and pensioners, still others are young and trying to break into the chains of the mainstream or even break out of it and everyone is in love with someone who is not in love with them.

The main conflict in the work is between the actress Írena and her young son Konni, who is a performance artist. Halldóra Geirharðsdóttir plays Írena, and with great skills, she reveals unbelievably many sides to the character: coldness and disdain that often characterizes people who consider themselves superior to others in the social ladder, stinginess and complete lack of understanding of the needs of those other than herself, bare-faced hardness and cunning when she is losing her lover and writer BT into the arms of the young Nína, but most memorable is her love-hate relationship with her son which is crystallized in their literal fight and wrestling. In the beginning of the play, Konni wants to find new means and approaches to dealing with his place in life, his position to the art and the theater, in our distorted world, but the shackles to his mother lead him astray and finally to depression and submission which not even his fame abroad can help with. Björn Stefánsson makes him strangely fascinating person who is neglected and pampered at the same time, pulled apart by his desperate intensity and passion and laughable wretchedness. But Konni‘s fight with his mother stands for something much more, here the new and the old in the theater wrestle on stage and in the end I felt the audience being left with a question: Is the “old habit (to quote the work) of theater not salvageable, is it dead.”  Will it be the fate of Icelandic actresses to fly between major cities for auditions for movies? Zane Pihlström‘s set design supports that feeling, but it pits with great skills the medicine of the new audio-visual and computer age against the decor of the old and traditional theater machine and lets it gradually disappear from the stage until nothing is left but the wet puddle on a black floor.

But this is just half the story, because the production itself, directed by Yana Ross, is really a statement that the theater is not dead because it is not only (again to quote the play), “exactly the same thing, in a thousand variations, always , always, always the same.” No, from the director and her production stream new ideas in unbelievably humorous and uneasy solutions for the actors who have been so well chosen that it is not possible to think of any other playing these parts. The set, Filippía Elísdóttir‘s costumes, the lighting by Björn Bergsteinn Guðmundsson and the music by Gísli Galdur Þorgeirsson, all combine artfully well in this magical theatre.

It has been a long time since I have seen on the Icelandic stage such effortless and yet purposeful and flowing interplay of ensemble, not to mention the work done with femamle actresses, which gives them as much space and physical freedom. Þórunn Arna Kristjánsdóttir showed new and quite unforgettable uninhibited aspects as María who loves Konni, but marries the teacher Símon in order to escape. Nína, who Konni loves, but falls for the old, famous writer is played by Þuríður Blær Jóhannsdóttir so lifelike, unpredictable and unbloomed that she is almost like a young and clumsy foal. Katla Margrét Þorgeirsdóttir plays the co-dependent manager of the estate, who loves obstitrician and draws up an extremely good portrait of a woman who believes herself in control, but who actually resigns herself to everything and perpetuates the dismal situation. Smaller characters, yet very well done, are on one hand, the role of the delicate Thai woman Pattama, played by Waraporn Chanse, who unveils the prejudice of the party to all Asian nations, and on the other hand, the role of older Nína, in the hands of Guðrún Snæfríður Gísladóttir, who comes in the end almost as reality itself put onto the stage.

Jóhann Sigurðarson, as the sad pensioner Pétur, enjoys playing the representative of the old Chekhov. Our star, Hilmir Snær Guðnason resent cliches have been stripped in this performance and he masterfully delivers the role of Casanova and obstetrician Dóri who tries just as hard as Pálína, the manager of the estate, to maintain status quo; Hilmar Guðjónsson makes the  love-sick teacher Símon delightfully pitiable; and Björn Thors, as the egocentric and vain, famous writer BT, succeeds artfully to reveal to us that he is is probably not a good writer but just part of the clique.

I sincerely believe it is not possible for Icelandic theater and Icelandic audiences to have a better wish than that Yana Ross returns to Iceland soon to direct again.” 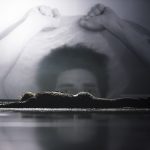 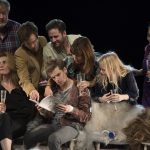 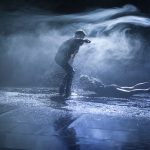 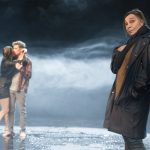 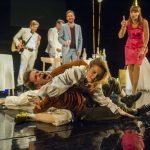 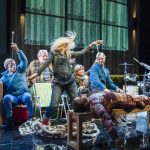 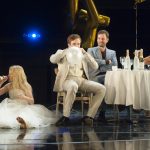 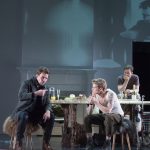