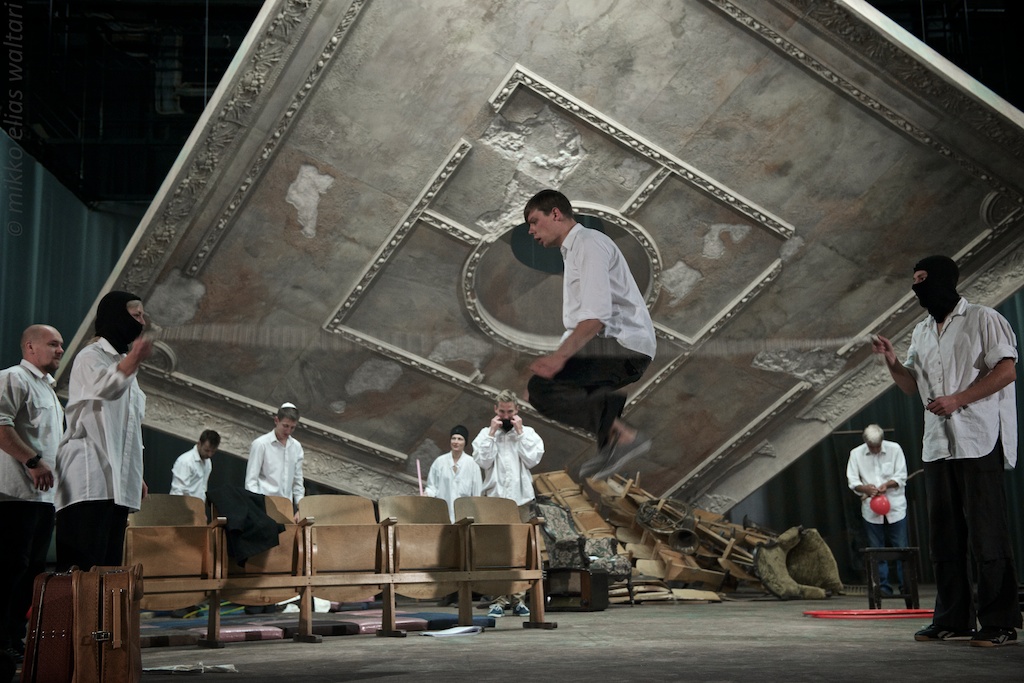 Although the play has been staged in Europe and North America, our production is addressed at the painful taboos of the present Lithuania. Performance is raising an urgent question of national collective memory and the aftermath of WWII. Ordinary daily heroism vs. betrayal and collaboration with Nazis during the war.

Our Class is based on real events taking place between 1925-2003; a small town neighbors are born, raised and murdered, trapped between Soviet and Nazi regime. The aftermath of a single day massacre haunts both living and dead in a brilliant dramatic interpretation by Tadeusz Slobodzanek, winner of the NIKE book prize 2010, the highest literary award in Poland.

The innocence of youth is overwhelming from the school bench to the first kiss, from a Catholic prayer to the first stone cast in the back of the “”other.” The loss of innocence is tangible, it happens right before our eyes. Children become warriors and at the end of the game, their fragile bodies return to the state of childhood’s immobility, lack of strength and lucidity.

Small town neighbors, Jews and Poles, face each other in sickness and in health, till death do them part. A story of a single town, a story of the nation and the whole race. Every human being is faced with a choice. What is the true face of human nature? Is our only tangible instinct to survive? Or to love?  Love. Salvation. Faith. Choice. Our production focusees on humanity, the extreme circumstances call for strength of the human spirit, faith and compassion. The question is, do we still have it?

This  premiere is presented as part of International Festival Sirenos, Vilnius 2013 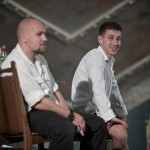 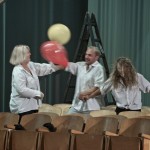 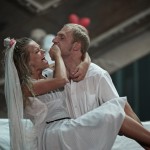 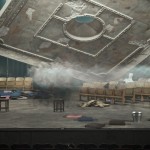 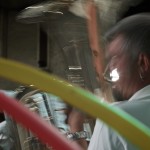 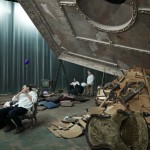 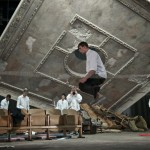