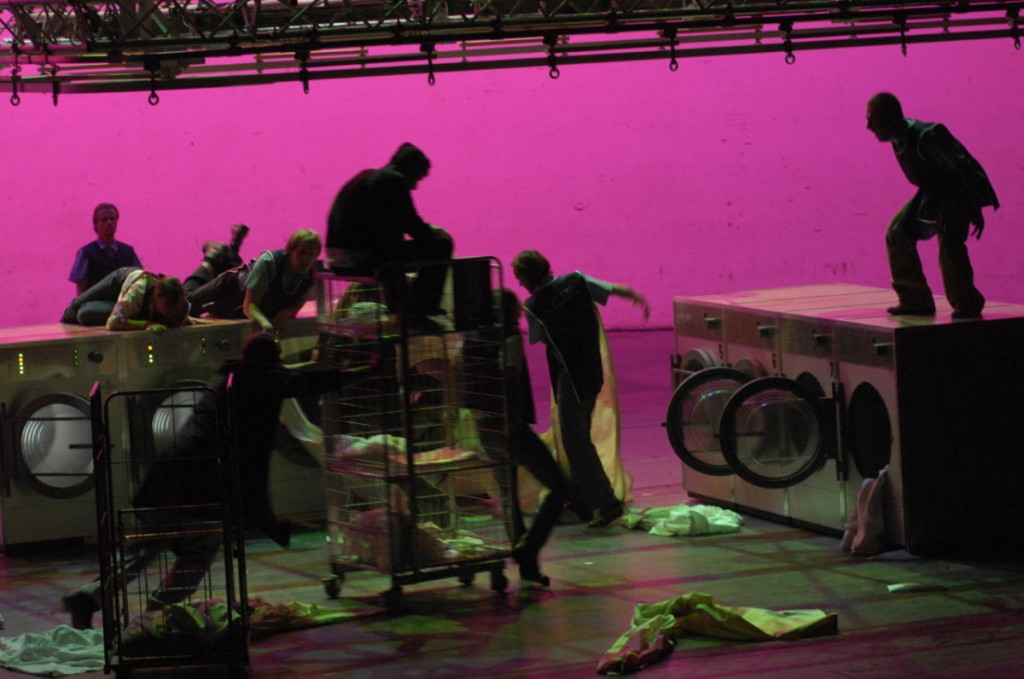 Family. Business. Jealousy. Greed. When all you want is what the other has got, how far will you go? The boss of the family-operated laundry mat built up his business from scratch. Now he just takes the profit, trusting his cousins will do a good job managing the place. But when comes a threat of a corporate take over, the family is divided: the young want to sell out and the manager will do anything to make it his own.

Rough and gritty, the industrial setting still accommodates private orders, and Mrs. M. spends her time trying-on her clients’ clothes, testing the glamour she could have if the money was hers. Cousins and brothers service large industries, pressing uniforms of Toyota mechanics and high-end restaurateurs. In such social strata with little education and great economic pressure, the family members learn by doing. There is never an option of breaking out; success is measured by control and responsibility, ownership and cash.

The basic security measures at night are the Doberman pinchers. These animals guard the gates and become the first image of aggression, premonition and Fate at the start of the play. The mystery of supernatural travels through the animal bodies and it is up to the audience to decide how real is what happens to them. Are they just dogs that get the bone or do they really have something to say?  Although, once Macbeth takes matters into his own hands, the animals placate and stay near him — no longer wild but timid.

As the world of desire and betrayal welcomes death, Duncan and Banquo come back to play among the living. They become the messengers of Fate and have a lot of fun fucking up Macbeths’. They take on other characters, joking with Mrs. M, pretending to be a Doctor and a Nurse, or telling Mac she’s dead while she is still fighting for her life.

The family business at the end goes corporate. The youngest, Malcolm makes a deal with the franchise lawyers to sell out. The old-school proletariat is too slow to adapt to   “Globalization”, and “Americanization.” Burned to the ground, “Double Bubble” is a carcass of charred metal and the last rack of men’s trousers goes up in flames on the empty stage. 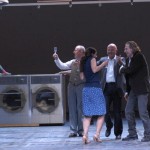 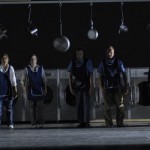 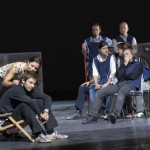 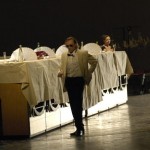 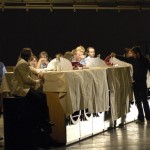 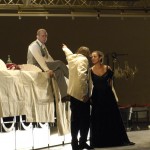 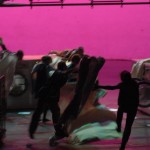 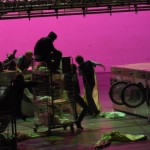 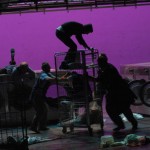 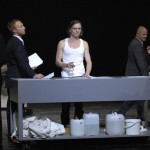 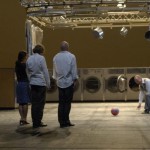 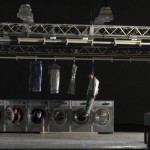 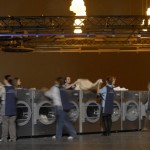 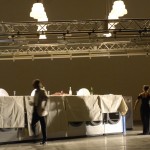 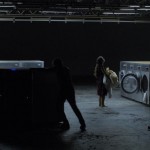 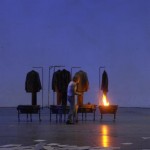