Home » THEATER » Lola Arias “A Kingdom in the Snow” 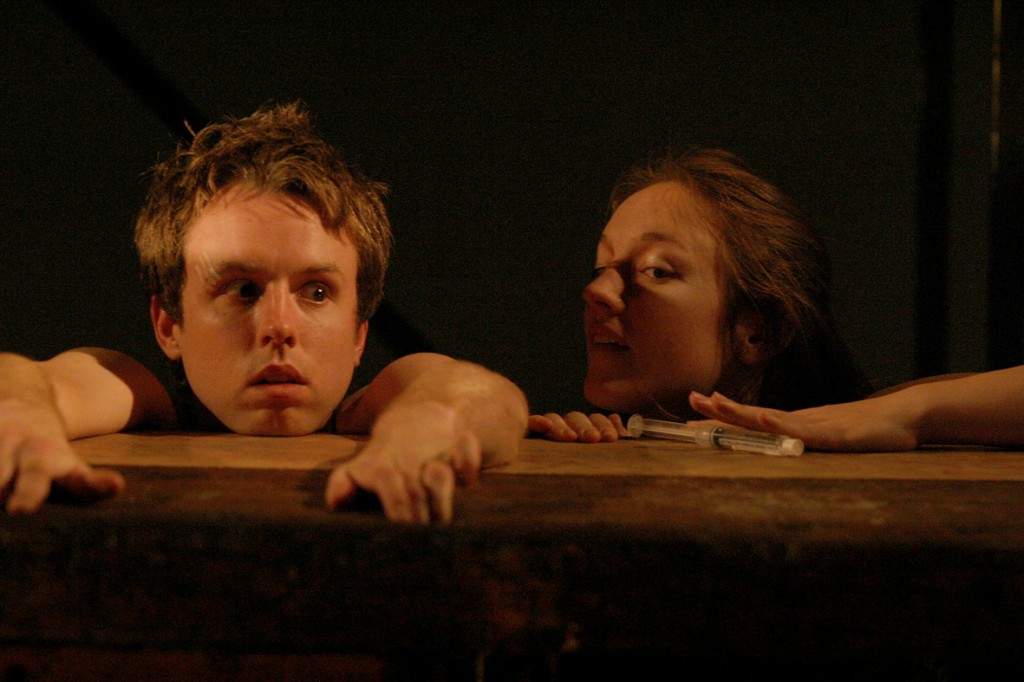 Here’s what I loved about this play when I read it: it’s a fairy tale, a timeless story about human nature, our instincts to survive. The world these “characters” live in (and I’m putting the word in brackets as they are really archetypes and not characters, they are “larger-than-life” figures who represent the cycle of life: birth, love, death) is post-apocalyptic, it’s post-global warming, post-nuclear, post-Iraq and Lebanon, a world that has come to an end but is still breathing and will continue to breathe because people are as ambiguous as nature itself. We have a tremendous capacity for love and compassion as much as we do for hate and violence. The way I see this family is that Mom and Dad are brother and sister who, perhaps, in order to procreate, keep the farm and their rabbits going, decided to have children; the first boy was too much, they knew it was wrong and they tried to get rid of him, but with time, two more kids came and this is their life. Two sisters discover the lost brother and bring him home. The cycle will continue as Dad “loves” his daughter the same way he loves his sister/wife and the daughters are falling for their brother without knowing who he is. Slowly some of this horrible yet banal incest unfolds and the mother realized who this new-found boy is – she can’t take it and kills herself; the father takes her body mangled by wolves for a bear and serves her as a meal. Think Peter Greenaway and a very stylized movie “The Cook, the Thief, the Wife and her Lover,” think post-apocalyptic world where all of the above actions have no consequences and what might appear bizarre to us is absolutely normal for them – the reason is, what we take for normal and standard right now might seam utterly barbaric to people who lived before us or for those to come. It’s a timeless fable that talks about human connections, our rights and our needs, but most of all, it’s a cycle of rejuvenation and it’s a vicious cycle: the brother and sister at the end are taking the place of mother and father, thus the play starts all over again…

A Kingdom in the Snow reviews November 2006

A Kingdom, a Country or a Wasteland, in the Snow,” by Lola Arias, a post-apocalyptic drama about a terrible family secret, also begins with a grappling match. The sisters Lisa (Andrea Moro Winslow) and Luba (Hayli Henderson), who live in a chilly wasteland with their parents, toss each other across the stage with abandon.

The sibling rivalry heats up when, while hunting for rabbits, the sisters find an orphan boy whom they see as husband material. This development worries their father (James Lloyd Reynolds) whose guilty face indicates that he knows something about the orphan that he’s not telling us.

Ms. Arias, whose writing has a tactile, sensual quality, sneaks in images of fetuses and drowning idiots to prepare you for the horrors to come. And even if the play’s shocks are hardly original, the director, Yana Ross, finds clever ways to stage them. 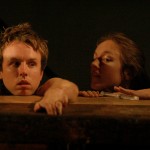 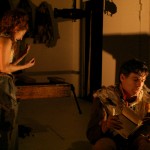 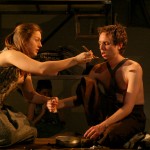 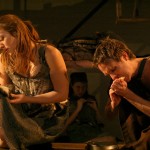 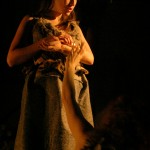 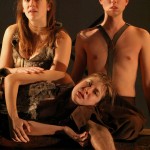 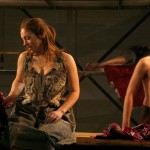